Abuse of power and state violence against migrant women 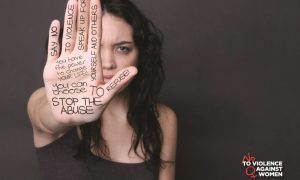 KISA – Equality, Support, Antiracism publicly expresses grave concern for the increase of incidents of abuse of power and violence by the authorities against migrant women.

A fitting example of such abuse of power and state violence is the case of the wife of a footballer. In that case, the authorities were alarmed because of the victim’s last name and due to the public disclosure of the relevant video, which led to the immediate investigation of the incidence and the disciplinary punishment of the police officers involved.  Yet, as KISA had also noted at the time, the authorities do not exhibit such hastiness in so many other cases of power abuse and of violation of the rights of completely “anonymous and invisible” migrants.

Another example is the case of a domestic worker who is being detained for the purpose of deportation because she fell ill. The worker was hospitalised for two months at the Hospital of Kyperounta with tuberculosis and after her treatment, the Ministry of Health certified that she had completely recovered and was in a position to continue working normally from the 15/12/2017. A few days ago, the Limassol Immigration Police arrested the woman and transferred her to the Detention Centre for Irregular Migrants in Menogeia to be deported. The woman had visited the Immigration Police with her employer, who had been deceived by the immigration officers who had claimed they wanted “to talk to them.” When the employer contacted the competent services, instead of revoking their decision, they suggested she contacts the Minister of Interior, which resulted in her resorting to a well-known MP to help her refer the matter to the Minister of Interior.

Two days ago, yet another domestic worker was detained at the airport for deportation although she had arrived with a valid entry visa and work permit. The woman had previously worked in Cyprus for many years and the Immigration Police at the airport did not allow her to enter the country because she had been placed on the stop list 7 years ago due to irregular stay. Here it is important to note that the law predicts that the maximum amount of time a person can remain on the stop list is 5 years. In addition, it is worth mentioning that the Civil Registry and Migration Department (CRMD), which approved her entry permit, had also neglected to remove her name from the stop list. In this case, the matter was settled at the last minute, while the woman was in the airplane about to be deported, after her employer intervened and appealed to the Minister of Interior.

In another case, a domestic worker was arrested and detained for the purpose of deportation after her well-known employer accused her falsely for alleged abandonment of her employment. Based on CRMD policy, the names of migrants reported by their employers for “abandonment” of their employment are automatically and without any investigation placed on the stop list 15 days after the employer’s report. It is worth noting that the migrant woman was arrested at the offices of the Immigration Police, where she had gone to submit a complaint against her employer for the violation of her working rights. In this case too, deportation was avoided after KISA intervened to the leadership of the competent authorities.

Based on the few cases mentioned above as well as on many other similar ones that KISA works with on a daily basis, KISA denounces the worrying intensification and increase of state arbitrariness, violence, and abuse of power against migrant women.

As KISA has repeatedly described in the past, such incidents are not irrelevant to the migration model and system practised in Cyprus, which, despite the decorative changes aimed towards satisfying the international and European conventions the country has ratified, continues to aim to keep migrants in such a vulnerable position that they can be targeted and victimised through power abuse and violence.

At the same time, this system, due to its lack of transparency and inadequate objective proceedings, drives employers to develop customer relationships with the centres of power and the competent Ministers.