A victim of labour trafficking is missing! 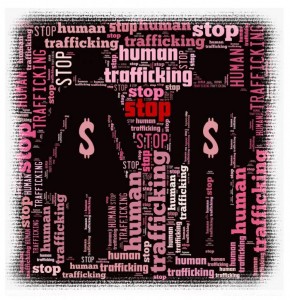 A victim of labour trafficking is missing and is desperately sought by his family, friends and KISA for the last 15 days. The case was reported two weeks ago by KISA, first at the police’s Office for Combating Trafficking (OCT) and then at the local police station of the area where the victim lived and worked, as the OCT suggested.

This person came to Cyprus from India, through trafficking networks and with an entry visa to work for a specific “employer,” whom he never met, as he “ended up” working for his new “employers,” who failed to proceed with his registration and the issuance of his residence and work permit as per their obligations as employers of a migrant worker, who is a third country citizen. The victim was living in terrible housing conditions; he was working endless hours under the threat and use of violence and without payment. In addition, it seems that he is registered at the Civil Registry and Migration Department with a different file number than the one on his entry visa, a fact which also requires a thorough investigation.

Our concerns are particularly intensified by the fact that the same employer acted in a similar way only a few months ago. The previous victim, who was also working under the above terms and conditions, had reported to the police that he was severely abused by those employers. The police, instead of examining his complaint and help him, detained him for deportation purposes as an irregular migrant. That case was “closed” after a “mediation” visit by a police officer of the police station where the victim had reported his abuse, at the police station where he was detained. As we have been informed, after this “visit”, during which, among other things, the police officer “delivered” to the victim some money from his employer, the victim does not “want” the prosecution of his “employer” anymore.

KISA is deeply concerned and disappointed by the action taken so far by the police in this case, since they have, according to our information, restricted their investigation to an on-site visit to the place where the victim lived and worked, during which they took statements from his “employers,” who refuse to even know the victim. It is worth noting that people who are able to testify that the victim lived and worked in that place cannot do so, because the police insist that if irregular migrants present themselves to the police to testify the above, the police will arrest them.

KISA believes that the investigation done so far is completely superficial and in no way reflects the seriousness of a case which concerns the disappearance of a trafficked person, which might have been the result of a criminal act.