A shameful day for the protection of human rights and the independence of Cypriot justice: Extradition of an Egyptian asylum seeker in his country of persecution 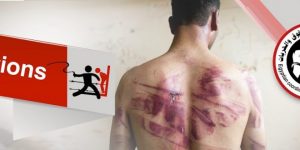 The decision of the Supreme Court Plenary was issued today in the appeal by Seif Eldin Mostafa Mohamed Emam from Egypt against the original decision to extradite him to Egypt. The Supreme Court rejected the appeal, stating  that “The First Instance Court… came to the fully documented finding that there was no question of torture or that the appellant would not have a fair trial…” in Egypt and that in any case the issue whether he will be extradited or not does not concern the Court but the competent authorities.

The Supreme Court has also rejected the request for a preliminary ruling from the European Court of Justice on the interpretation of European law provisions concerning the issue of the extradition of asylum seekers, despite the fact that it ought to have done so since it was a court of last instance. The Supreme Court’s decision to reject the appeal paves the way for the Minister of Justice and Public Order to decide whether to authorize his extradition, as he is still an asylum seeker and his allegations of torture, inhuman and degrading treatment in Egypt are pending before the Administrative Court.

Irrespectively of the Supreme Court’s judgment, which is subject to criticism for many reasons not relevant at the moment, KISA points out that  right from the beginning of his case, Seif Eldin Mostafa Mohamed Emam claimed and continues to do so that if he is extradited to Egypt he will be subjected to torture, inhuman and degrading treatment, while he will certainly  not have a fair trial before the Egyptian courts. Additionally, the testimony he attempted to submit to prove these fears was rejected by both the District Court and the Supreme Court in Habeas Corpus proceedings. More specifically, expert testimony regarding the situation in Egypt in relation to Seif’s case was dismissed because the Cypriot courts, unlike the British ones, did not recognize him as an expert. The testimony of a medical doctor, who has assessed and certified that Seif had been a victim of torture, was dismissed, and all reports analyzing the human rights situation in Egypt were not accepted by any court. And this while the merits of his fear for persecution were recognized by the Asylum Service, which ruled that in other circumstances the applicant could be recognized as a refugee, they nevertheless excluded him from obtaining refugee status because he committed a hijacking offense.

KISA calls on the Minister of Justice and Public Order not to authorize the extradition of Seif Eldin Mostafa Mohamed Emam until the completion of the procedure of examining his asylum application, which is currently pending before the Administrative Court, and which is the only procedure provided in order to conclusively determine his well-founded fear of persecution and whether there is a serious risk of being subjected to torture, inhuman and degrading treatment.

KISA considers that the extradition of Seif Eldin Mostafa Mohamed Emam to Egypt, the country which he alleges to persecute him, while he is an asylum seeker, constitutes, in all respects, a forbidden refoulement which contravenes customary international lawm, European law, the Geneva Convention on Refugees and the European Convention on Human Rights.