A European national is now on a hunger strike at Mennogeia 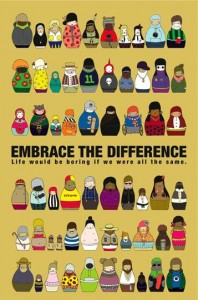 As of today, Monday 13 January, a European national is holding a hunger strike outside the Mennogeia Detention Centre, in protest against the arrest and detainment of her husband with a view to his deportation.

The European national came to Cyprus about seven years ago. In 2011, she married her husband, a migrant from a country that is not a member of the EU, and her husband, as a member of the family of an EU national, received a residence permit that expires in 2017. Both the European national and her husband worked, contributing to a social insurance fund. During September 2013, the EU national found employment in the United Kingdom and moved there. At the same time, her husband submitted an application to the British High Commissioner for a permit to enter the United Kingdom in order to be reunited with his wife.

On December 17, 2013, the husband of the European national was arrested by the Famagusta Aliens and Immigration Service since, as he was told during his detainment, his residence permit was not valid after their marriage was deemed one of convenience. Neither the husband, nor his European wife, knew of this decision. The European national returned to Cyprus as soon as she was informed about the arrest and detainment of her husband. The family’s plan is to move to the United Kingdom together, where the European national is now employed. Her husband, as a result of the arrest and detainment, has missed the scheduled appointment he had at the British High Commission on December 19, 2013 for the purpose of examining his application for a permit to enter the United Kingdom and be reunited with his wife.

The arrest and detainment of the husband does not surprise us in the least. Based on relevant state policies, on numerous occasions over the past two years, the competent authorities, namely the Civil Registry and Migration Department, have decided, completely arbitrarily and with no explanation, that marriages between Europeans and nationals from non-EU countries are marriages of convenience. Furthermore, the residence permits of these people are being cancelled, while detention and deportation decrees are issued against the nationals of non-EU countries. Based on these decrees, supported by arbitrary decisions which the involved persons are often not informed of, family members of EU nationals are being arrested, detained, and deported. Usually this happens while there are still dependent members of the family, whose rights are also being violated.

KISA – Action for Equality, Support, Antiracism has repeatedly informed the Ministry of Interior, as the competent Ministry, that these arrests, detainments, and deportations are taking place illegally and in violation of the rights of the persons they involve, as well as the members of their families. Unfortunately, these have not only continued, but the Ministry of Interior has not responded to any of our relevant letters, although some of them were sent about a year ago. As a result of the policies of the Ministry of Interior, which basically involve the prosecution and persecution of all people with a migrant background from Cyprus, including European nationals and their families, many family have been separated and the rights of their members violated.