“Equality and Solidarity for Asylum Seekers” 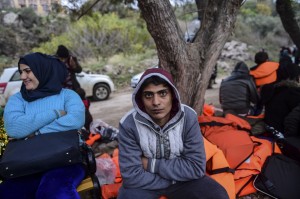 EQUAL is part of the European Union’s strategy for more and better jobs and for ensuring that no-one is denied access to them. The “ Equality and Solidarity for Asylum Seekers ” Project aims, through its various activities, to tackle all the aspects of discrimination and exclusion concerning asylum seekers in Cyprus. The driving force behind these activities is the active participation of asylum seekers and their empowerment, both on an individual and group level, so that the benefits with regard to integration and equal treatment are enduring.

This is a pilot project focusing on the improvement of the integration of asylum seekers in the host society and the labor market. 50 asylum seekers, split in two groups, one in Nicosia and one in Limassol, will be selected from among those in the various communities (countries of origin) who will show an interest in participating. A particular emphasis will be placed in attracting an equal number of female participants.

This group will initially receive training on issues of Greek Language and the Cypriot / European Landscape .

Following this, the group will receive training on one of the three professions offered by the programme, namely chef assistant, cooling systems technician and office secretary.

Having completed their training, the members of the group will be placed in companies, specifically selected and prepared for the purposes of the project. Length of employment in these companies will vary between two and four months.

Creation of Mechanism of Mediation and Employment Support

The Mechanism will focus on the support of employment for asylum seekers, including mediation to tackle possible difficulties with the authorities, and on their professional empowerment, aiming towards integration in the society.

An important element of this activity is the employment / training of four individuals selected from the above-mentioned trainees, who will be trained in mediation and counseling techniques. Training will include the enhancement of the competencies of the participants so that they can play an important role, not only in the Mechanism, but also in other activities that aim at improving the position of asylum seekers in society.