42 Syrian refugees are on hunger strike in the Mennogeia Detention Center for 6 whole days!

For six whole days now, 42 Syrian refugees, who are held in the Detention Center in Mennogeia, are on a hunger strike protesting against their illegal and inhumane arrest and detention under deportation proceedings. They are being accused of illegal stay and/or undeclared work and/or possession of falsified documents, with the aim of moving to another country for applying and receiving international protection status. Two of them attempted to commit suicide following the recent suicide of a Syrian refugee at Central Prison, one of whom has been hospitalized in Larnaca General Hospital initially and later admitted for treatment at Athalassa Hospital.

This development demonstrates once again the severe impacts of the illegal government policy, which is preventing the arrival of Syrian refugees and expelling them from the Republic of Cyprus. KISA – Action for Equality, Support, Antiracism is stressing that this is not an isolated problem on the responsibilities of the Central Prison administration regarding the recent incident of mistreatment and abuse of a Syrian refugee who committed suicide at the Central Prison, or even the responsibilities of the administration of Mennogeia Detention Center, but this is a broader and more serious problem, which is a direct result of the policies on immigration, asylum and human rights protection in Cyprus.

Essentially, these phenomena reflect the current policy of the Republic of Cyprus, which, as state officials and governmental coalition parties have repeatedly and clearly stated, on one hand aims at preventing the arrival of new refugees from Syria to Cyprus, and on the other hand forcing those who dared to come to Cyprus to leave the country “voluntarily”, since without receiving international protection status, without having access to employment and without civil rights, they are led to acts of misery and despair. The recent suicide of a Syrian refugee in Central Prison, as well as the ongoing hunger strike of Syrian detainees in the Mennogeia Detention Center, who are still being detained despite not being deportable back to Syria, are the “collateral damage” of this cruel war and inhumane policy of the Republic of Cyprus towards refugees from Syria.

KISA calls on the government to end this inhumane policy and to ensure that under these current circumstances: 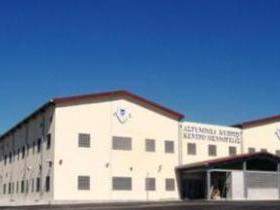