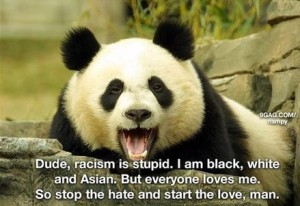 On the occasion of the International Day Against All Forms of Racial Discrimination of the United Nations, commemorating the massacre of 69 peaceful demonstrators by the Apartheid regime in Sharpeville of South Africa in 1960, KISA reminds and warns about the threats lurking behind rising discrimination, chauvinism and intolerance, racism and racist violence over the last few years in Cyprus, especially against migrants and refugees but also against our Turkish Cypriot compatriots and other vulnerable groups. KISA also calls for vigilance and mobilization for zero tolerance and fighting against these phenomena, which are directed against the most vulnerable groups of the population but do not leave democracy and society at large unscathed. In addition, KISA calls on the government and the state in general, including independent institutions, to take on their responsibilities and adopt effective measures for combating and eliminating these phenomena.

By using brutally and misrepresenting the catastrophic consequences and dead ends of the continuing economic crisis, with equally destructive, populist, xenophobic and racist rhetoric and stances, politicians and other public figures and agencies are trying, directly or indirectly, to turn migrants and refugees living and working in Cyprus, as well as the Turkish Cypriot community, into scapegoats for all evils. As in Europe, these positions and rhetoric boost and promote the formation and rise of extreme right, fascist and neo-nazi parties and forces that are openly and bluntly against migrants and refugees.

The Seminar, which is one of the actions of the transnational project INTEGRO, co-funded by the European Commission, seeks to present and discuss the strategies and action plans in the above areas and how they interconnect and concern migrant women, their conditions and needs. The discussion following the presentations, with the active participation of migrant women, aims to formulate suggestions and proposals that will contribute to the amendment of these strategies and actions so as to respond to the conditions and needs of migrant women.