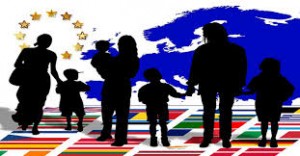 On 18 December 1990, the UN General Assembly adopted the International Convention  on the Protection of the Rights of All Migrant Workers and Members of Their Families. Ten years later, 18th December was proclaimed by UNO as the International Migrants Day.

Despite these efforts, according to the message of the UN Secretary General on the occasion of this year’s anniversary, «far too many migrants live and work in precarious and unjust conditions.  Many risk their lives at sea, attempting to seek sanctuary. They and their children are extremely vulnerable to exploitation and abuse. Many are deprived of their liberty, rather than met with empathy and necessary protection.  Persistent discrimination against migrants generates sharp inequalities, threatens the social fabric and, all too often, leads to violent and deadly attacks.”

In Cyprus, migrants are essentially viewed as a kind of reserve exclusively for meeting the “needs of the labour market”, in the framework of a migration model more akin to KEFALA, the so-called migration model of Middle Eastern countries rather than that of other EU countries. In effect, this model establishes absolute dependence of migrants on their employers, in conditions of extreme exploitation and often of modern-day slavery, which results in harboring, among others, trafficking in human beings.

In recent years, especially in the framework of policies for the management of the consequences of the economic crisis, migrants are often are scapegoated as being responsible for the crisis instead of receiving support as one of the vulnerable social groups that have been affected by the crisis, which leads to particularly worrying levels of xenophobia and racism.

KISA, on the occasion of the International Migrants Day, calls for:

The replacement of the current migration models, which is based on temporary employment, in low-skilled sectors and wages, and maintaining absolute dependence of migrants on employers and agents and unequal access to the labour market, health services and social welfare systems.

The design and adoption of a comprehensive migration policy and migration model  which will be based on the recognition of the permanent nature of migration and the multicultural nature of Cypriot society, as well as on the principles of respecting human rights, equality and non-discrimination.

The adoption of the principle of equal treatment and non-discrimination as a basic principle in the exercise and regulation of every form of authority (legislative or executive).

The design and effective implementation

Compliance and immediate implementation of the proposals of independent authorities in Cyprus, and particularly to the Positions of the Commissioner for Administration as the National Independent Human Rights Institution concerning the regime regulating the work and stay of domestic workers in Cyprus, dated  2/7/2013, and the Report of the Commissioner for the Protection of the Rights of the Child concerning the handling of children of a migrant family without papers, with long-term stay in Cyprus, dated 5/5/2014.