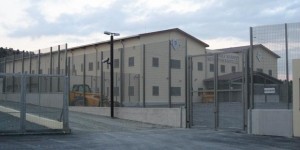 Evidence gathered by researchers during a recent visit to Cyprus indicates that the authorities are exploiting European Union (EU) laws – imposing automatic detention of migrants and asylum-seekers without implementing the required safeguards, which make detention a last resort. The practice is also a breach of international law.

“By detaining scores of people for months at a time, Cyprus is displaying a chilling lack of compassion and a complete disregard for its international obligations,” said Sherif Elsayed-Ali, Head of Refugee and Migrants’ Rights at Amnesty International.

“It is shameful to think that within the EU people who have committed no crime are being held in harsh prison-like conditions for prolonged periods, in some cases for up to 18 months or longer. Amnesty International is concerned that Cyprus is using the systematic detention of migrants to intimidate and deter potential immigrants and asylum-seekers,” said Sherif Elsayed-Ali.

In at least two cases, women detained were forcibly separated from their young children. One was a baby just 19 months old, the other aged three. The children were handed over to social services.

Both women said the separation had had devastating effects on their children. One described how her son would not stop crying, had dark circles below his eyes and how she had difficulties feeding him. The other described how her son would not speak or smile during the little time she could spend with him, when he was brought for visits during her detention. The women had been resident in Cyprus for many years and were married to EU citizens; their children were also EU citizens.

“There can be no excuse for separating a woman who has committed no crime from her children. The treatment of migrants in Cyprus at the moment is degrading and unnecessary,” said Sherif Elsayed-Ali.

At least one person at the Menogia detention centre, the main immigration detention facility in Cyprus, had been held for 22 consecutive months while awaiting deportation. Under EU law, the maximum detention period on immigration grounds is 18 months.

“The Menogia centre is a prison in all but name. Behind a double metal fence several metres high, detainees are forced to live in cramped conditions and are only allowed outside the building for 2.5 hours each day,” said Sherif Elsayed-Ali.

Eight detainees share one room of 18 square metres. Most of the space in the room is taken up by four metal bunk beds. Every night the cells are locked between 10:30pm until 7:30am.

Detention as a means of immigration control should only be used as a last resort. Detention may only be used after the authorities have demonstrated that it is both necessary and that less restrictive measures are insufficient. In Cyprus it appears to have become standard practice.

“The Cypriot authorities, seemingly eager to portray themselves as taking a tough stance on immigration, have displayed a ruthless and arbitrary attitude to locking up migrants. Many people have not received adequate information about the reasons for their detention and what is going to happen to them,” said Sherif Elsayed-Ali.

“The fact that EU laws allow people who have not committed a criminal offence to be effectively imprisoned for up to 18 months is appalling. The EU has – rightly – criticized prolonged detention without charge in other countries, but has legalised it in the EU. Current policies on dealing with migrants and asylum-seekers shame the EU.”

Although Cyprus’ immigration authorities told Amnesty International that alternatives to detention are available, the organization’s research indicates that these are seldom offered. Instead, deportation orders are issued at the same time as detention orders without considering alternatives. The Cypriot authorities have admitted to this practice.

Alternatives should always be explored before resorting to detention – anyone who is detained for immigration purposes should also undergo a regular and automatic judicial review of their detention.

Since Amnesty International last assessed detention conditions of migrants and asylum-seekers in Cyprus in 2011, the only positive development has been that they are no longer held in Nicosia’s central prison.

Amnesty International also found that nine Syrian refugees were among those detained at Menogia, during a visit on 6 March. At least one of them had applied for asylum.

“It is incomprehensible that the Cypriot authorities are detaining Syrian nationals in Menogia when it is Cyprus’ official policy not to return Syrians to Syria,” said Sherif Elsayed-Ali.

This is despite the fact that Cypriot authorities told Amnesty International that all Syrian nationals are provided with international protection status or humanitarian visas.

“We can only conclude that the detention of Syrian nationals is intended to send a message to other Syrians that they are not welcome in Cyprus.”

“Locking up migrants and asylum-seekers – including people who should be assumed to be refugees – for months, and treating them like prisoners is unacceptable,” said Sherif Elsayed Ali.

Case studies of women forcibly separated from their children

Earlier this month, Amnesty International researchers met two women who had been separated from their children. One woman, Nina (name changed), 28, was separated from her 19 month old son whom she was still breastfeeding and detained in a police station, after she was arrested while trying to apply for permanent residency. She is married to a Romanian citizen and told Amnesty International her immigration status has always been regular and that she did not know the reason for her arrest. Her son was taken away by social services and was only allowed to see her three times a day for 20 minutes at a time for feeding.

A second woman from Sri Lanka, was detained in Menogia detention centre after visiting her husband, also a Romanian citizen, who was being held at a police station. They were accused of having a marriage of convenience despite a DNA test proving that her husband was the father of her child. She was only allowed to see her three year old son twice a week for half an hour each time.

Both women have since been released after four days and four weeks in detention, respectively.

“It is shameful to think that within the EU people who have committed no crime are being held in harsh prison-like conditions for prolonged periods, in some cases for up to 18 months or longer. Amnesty International is concerned that Cyprus is using the systematic detention of migrants to intimidate and deter potential immigrants and asylum-seekers.”

Cyprus: Punishment without a crime: Detention of migrants and asylum seekers in Cyprus