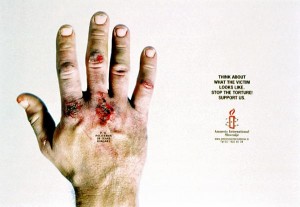 The European Committee for the Prevention of Torture and Inhuman or Degrading Treatment or Punishment (CPT) was set up under the 1987 Council of Europe Convention of the same name (hereinafter “the Convention”). According to Article 1 of the Convention:

“There shall be established a European Committee for the Prevention of Torture and Inhuman or Degrading Treatment or Punishment… The Committee shall, by means of visits, examine the treatment of persons deprived of their liberty with a view to strengthening, if necessary, the protection of such persons from torture and from inhuman or degrading treatment or punishment.”

The work of the CPT is designed to be an integrated part of the Council of Europe system for the protection of human rights, placing a proactive non-judicial mechanism alongside the existing reactive judicial mechanism of the European Court of Human Rights.

The CPT implements its essentially preventive function through two kinds of visits – periodic and ad hoc. Periodic visits are carried out to all Parties to the Convention on a regular basis. Ad hoc visits are organised in these States when they appear to the Committee “to be required in the circumstances”.

When carrying out a visit, the CPT enjoys extensive powers under the Convention: access to the territory of the State concerned and the right to travel without restriction; unlimited access to any place where persons are deprived of their liberty, including the right to move inside such places without restriction; access to full information on places where persons deprived of their liberty are being held, as well as to other information available to the State which is necessary for the Committee to carry out its task.

The Committee is also entitled to interview in private persons deprived of their liberty and to communicate freely with anyone whom it believes can supply relevant information.

Visits may be carried out to any place “where persons are deprived of their liberty by a public authority”. The CPT’s mandate thus extends beyond prisons and police stations to encompass, for example, psychiatric institutions, detention areas at military barracks, holding centres for asylum seekers or other categories of foreigners, and places in which young persons may be deprived of their liberty by judicial or administrative order.

Two fundamental principles govern relations between the CPT and Parties to the Convention – co-operation and confidentiality. In this respect, it should be emphasised that the role of the Committee is not to condemn States, but rather to assist them to prevent the ill-treatment of persons deprived of their liberty.

After each visit, the CPT draws up a report which sets out its findings and includes, if necessary, recommendations and other advice, on the basis of which a dialogue is developed with the State concerned. The Committee’s visit report is, in principle, confidential; however, almost all States have chosen to waive the rule of confidentiality and publish the report.

The CPT is required to draw up every year a General Report on its activities, which is published.

In a number of its General Reports the CPT has described some of the substantive issues which it pursues when carrying out visits to places of deprivation of liberty. The Committee hopes in this way to give a clear advance indication to national authorities of its views regarding the manner in which persons deprived of their liberty ought to be treated and, more generally, to stimulate discussion on such matters.

The “substantive” sections drawn up to date have been brought together in this document.

You can read the full document with the CPT Standards on detention facilities here, as a pdf document: 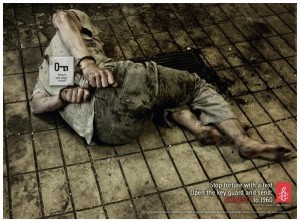