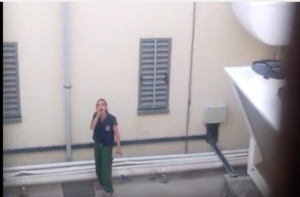 KISA has recently received complaints from migrants in relation to corruption incidents as well as abuse of power by police officers. One such incident concerns the inexcusable behaviour on the part of a police officer against detainees at the Detention Center of Undocumented Migrants in Menoyia, which has taken broader dimensions following the publication a related video by KISA.[1] Another incident is concerned with a case that, potentially, involves a conspiracy between members of the Aliens & Immigration Unit (AIU), with the intention to commit a crime.  Notwithstanding the social impact, among other things, these phenomena that involve corruption and abuse of power are directly connected to the presence and practices of exploitation rings against migrants, which, among others, involve private recruitment agencies (either registered or unregistered).

More specifically, the incident in Mennoyia involves a police officer, who uses vulgar language against the detainees and behaves in an inexcusable and insulting manner against their religion. The aforementioned video had been recorded by a detainee (W.K), on 24/4/16 following a protest by the detainees in relation to their arbitrary and illegal detention. In fact, the detainees consider this incident as a retaliatory and punishing action for ‘daring’ to exercise their right to protest. W.K has submitted a complaint to the management of the Centre but has, until today, received no update in relation to the investigation of his complaints.

According to information we have in our hands, the police officer in question belonged to a wider group of police members who mistreat and intimidate detainees in Mennoyia. Further to this, KISA is in the position to know that the protagonist of the video had been previously suspended for a short period of time while she had later on been transferred to a different department, a fact, however, that in no way can it be considered as a punishment for her actions nor the vindication of the detainees, particularly considering that the group to which she was member of continues the mistreatment of the detainees.

W.K is a refugee from Afghanistan who had arrived in Cyprus while he was still a minor and instead of being offered protection by the Authorities, he had his application rejected on the grounds of inconsistencies in his report/interview. W.K remains in Mennoyia for five months, despite the fact that there is no prospect for his deportation. It is also noted that the detainee in question has been threatened by members of the guarding staff who expressed that if he was to send the video to KISA or file a complaint with the police, they would initiate a criminal case against so that he would be considered a party to the case and thus be transferred to the Central Prison.

The incident concerning the potential conspiracy between members of the Aliens and Immigration Unit, with the intention to commit a crime, is related to another case involving an illegal arrest of a migrant (K.P), by her employer’s son, who is also a member of the AIU. The police officer in question, along with another man, went to the house in which the abovementioned migrant resided and was employed at and arrested her illegally under the use of violence.

Previously, the AIU, on the basis of a falsified complaint by the employer for the alleged unreasonable and without warning abandonment of the place of employment by the migrant, prepared a report addressing the Civil Registry and Migration Department and, using false pretenses and false information, asked for her residence and working permit to be revoked. It is noted that at the time of her arrest K.P was completely unaware of the complaints against her as well as about the revocation of her residence and working permit. At the moment, K.P is held at the detention centre in Mennoyia with the intention of being deported.

KISA has been targeted, accused and disgraced in the worst manner, especially in the past, for its consistent stance against these phenomena and the systematic complaints as well as public positions against every act of corruption and abuse of power by members of the police.

At the same time, we recognize that these incidents do not represent the police in its entirety neither do they override the positive steps that have been taken recently for their tackling by the force. Despite that, we highlight that there remain weaknesses and phenomena of corruption in the force, which undermine any efforts to make the police capable to act on the basis of respect towards the human rights of migrants and all humans in general. Similarly, we wish to clarify that organized crime, part of which is trafficking and severe human exploitation, can only be combatted through a strategic planning whose aim would be countering, arrest and punishment of those behind it rather than by going against the symptoms of this phenomenon.

In light of all of the above, KISA asks: